What New Europeans Really Want from the European Elections in 2014?

You are warmly invited to join us at our New Europeans Roundtable, followed by a reception to mark the 57th anniversary of the Treaty of Rome. 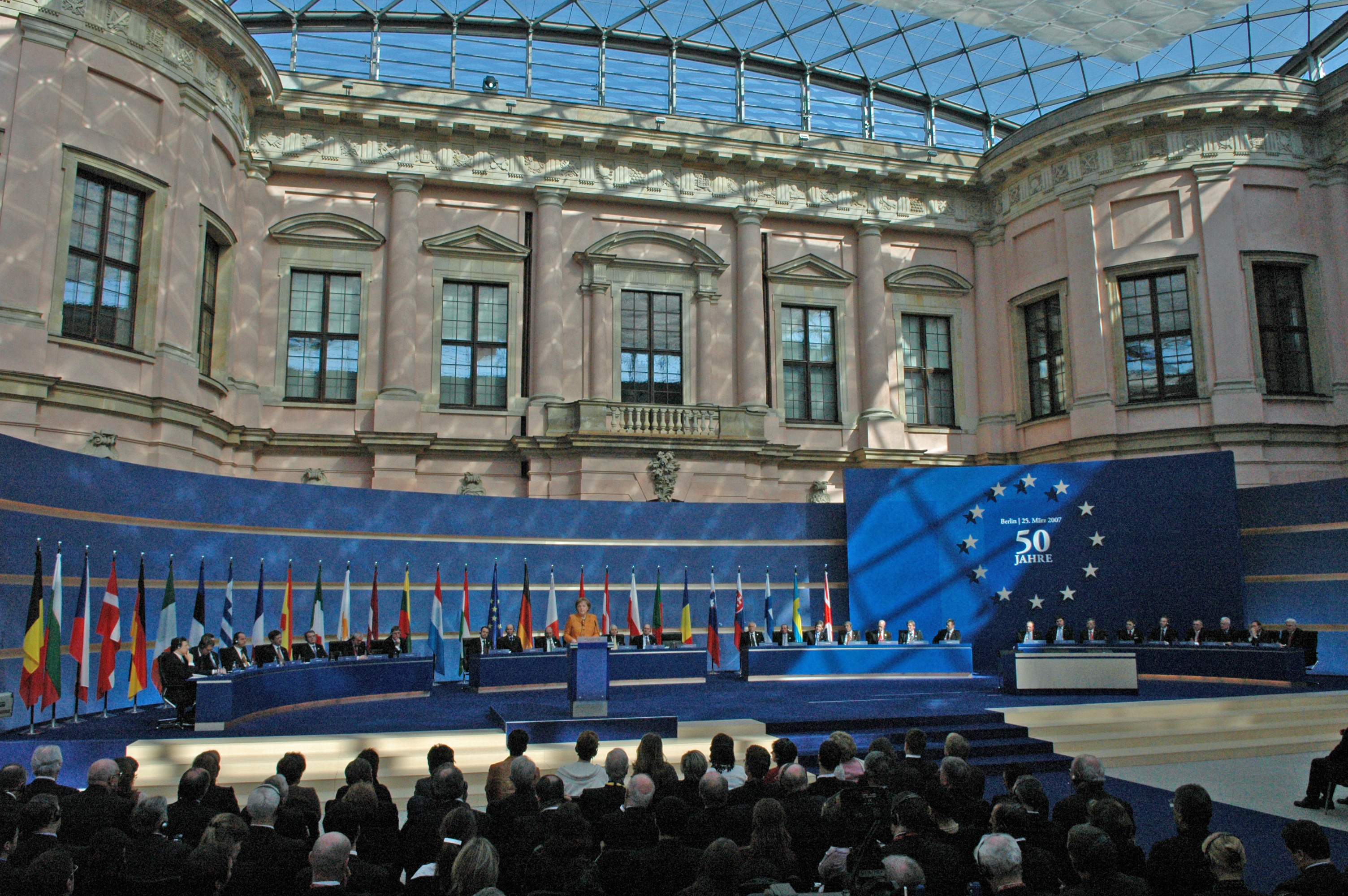 At the ceremony to mark the 50th Anniversary of the Treaty of Rome, European leaders told the world:

"We, the Citizens of Europe, have United for the Better."

Since 2007, we have seen a rise in xenophobia, social and income inequality and extremism in Europe.

Some predict that the next European Parliament will have one in four Eurosceptic MEPs.

It is against the backdrop of the slow economic recovery that New Europeans seek to reanimate the debate around Europe's future from the perspective of the citizen.

In the modern world, Europe is more than just an idea or a "geographical location". For the millions of individuals and families who live and work in Europe outside their home member states, Europe is an everyday reality.

How can we make Europe work better?

At the roundtable we will hear from:

If Europe is to remain a reality, then it must work and must be seen to be working for the citizen.

In particular, it must for the most vulnerable groups in our society, for the disabled, for the elderly and for minority groups.

Many issues remain to be resolved on the pathway to a fairer, more equal, more democratic Europe.

We will examine some of these issues in detail with the help of our panel of experts and practitioners.

We will look not just at the need to strengthen our civil and democratic rights as EU citizens but also at issues relating to our social and economic rights and the role that community and political engagement plays in protecting them.

* Will non-national EU Citizens (EU Voters) want to vote in EP2014 and why?

* Who do EU Voters want to represent them and how?

* Will EU Voters make the connection between their political rights and their social rights?

* How do political parties need to change to engage with EU Voters?

We hope you can join us for this event and look forward to seeing you.

Daniel Stevens holds a BSc in Philosophy, Politics and Economics and an MSc in Business Analytics and Consulting from the University of Warwick. Currently he holds the position of International Students Officer of the National Union of Students (NUS), having previously occupied the position of President of the University of Warwick Students’ Union.

For the past three years, Maxime has lived in four different countries. A French national, he graduated from the University of Nantes with a Bachelor's degree in Law and Languages and spent a semester in Italy under the Erasmus programme. He then worked in London for one year before obtaining his Master's degree in International Relations at the University of Edinburgh. Maxime is fluent in French, English, Spanish and Italian.

He has directed the award-winning Transeuropa Festival in London (2011-) which helps people imagine new ways of living across borders. He has developed programmes which use creative methods to tackle unmet needs, such as Creative Campaigns Camp, Visual Camp, Outcome Fest and Making a Living. He also co-authored Radical Future (Soundings, 2011) and Re-Generation (Lawrence & Wishart, 2012) and is a Hub Launchpad Scholar.

Aleks Szczerbiak is Professor of Politics and Contemporary European Studies at the University of Sussex.

He is Co-Director of the Sussex European Institute (SEI) and Co-Convenor of the European Parties Elections and Referendums Network (EPERN), an international network of scholars researching the impact of European integration on political parties, elections and public opinion. He is author of 'Poland Within the European Union: New Awkward Partner or New Heart of Europe?' (Routledge 2012) and co-editor of 'Opposing Europe: The Comparative Party Politics of Euroscepticism in Contemporary Europe' (Oxford University Press, 2008) and 'EU Enlargement and Referendums' (Routledge 2009).

Tamara Flanagan is a European advocacy and funding advisor. She is chair of NCVO’s European Funding Network. In 2013 she founded EU Matters, an association dedicated to improving understanding of Europe in the UK.  She also joined the executive committee of New Europeans where she is currently leading the Talking Europe project.

Tamara was previously Director of European Affairs for a major charity and has worked on European issues for over 20 years, originally promoting training projects for young offenders using European funds, more recently campaigning on social policy at EU level. She has worked closely with the European Commission and Parliament as well as the Council of Europe. She was on the board of two Europe-wide networks of agencies working on social action, Volonteurope and SOLIDAR.

She has extensive experience of EU funding and in 2012 was awarded the OBE for her work in this field.

Dr. Elisabeth Pop is the Policy and Research Officer and Faith Communities Organiser for HOPE not hate. She studied at the University of Nottingham, MA in Diplomacy (2008) and PhD in International Relations (2013). She says that her work as anti-racism and anti-fascism campaigner and journalist define her world view and life mission.

HOPE not hate (www.hopenothate.org.uk | @hopenothate) – is the UK’s largest anti-racism and anti-extremism grassroots campaign and educational charity, with 200,000 supporters and activists across the UK. It was formed in 2004 by investigative journalist and anti-fascist campaigner Nick Lowles and was widely credited with helping to defeat the British National Party (BNP) in every election since 2009, but most importantly during the 2010 election campaign in Barking & Dagenham, East London.

HOPE not hate focuses on community campaigning and building community resilience, on progressive issues, publishes original research and carries out exposés of extremists of all types and ideologies.

Spinelli, me and my honeymoon

Visions for the future of Europe: Ervin Laszlo

Thank you for your service to the UK, the international community and to Europe - RIP #QueenElizabeth https://t.co/0VCu0Na4Gt

RT @NewEuropeans: We are delighted to support #Natalonga2022 - the swim marathon for Europe organised by our partner organisation… https://t.co/yQNCb5oobI

We are delighted to support #Natalonga2022 - the swim marathon for Europe organised by our partner organisation… https://t.co/yQNCb5oobI