The OSCE disseminates the report of the Russian propagandistic non-commercial organisation “The Foundation for the Study of Democracy” called “War crimes of the armed forces and security forces of Ukraine: torture and inhumane treatment. Second report”. This document discredits the Armed Forces and the Security Service of Ukraine as well as supports the Russian “Ukrainian fascism” concept. OSCE ignores emails, Twitter and Facebook requests to comment on the situation.

This is a personal blog by Kateryna Soklova, New Europeans member in Ukraine

Back in June, 2015, Ukrainian economic and investigation journalist Andrii Ianitsky, published the post on Facebook informing that Maksim Grigoriev put the propagandistic materials on the tables during OSCE conference “Journalists Safety, Media Freedom and Pluralism in Times of Conflict”. He emphasized that Ukrainian journalists noticed the provocation so the oganisers had to take the “report” away. However, this “report” in English was not deleted from OSCE website.

The Foundation for the Study of Democracy is led by Maksim Grigoriev. He is the Chairman of the Coordinating Council for Public Control over Voting at the Civic Chamber of the Russian Federation. The organisation started working on discrediting the Ukrainian side in 2013, when pro-Russian president of Ukraine Viktor Yanukovych refused to sign the Association Agreement with the European Union. Ukrainian people came to Maidan Nezalezhnosti to show that in the democratic country there is no place for a dictator who makes decisions for them.

As Russia dreamed to control Ukraine, Euromaidan phenomenon caused an unstoppable flow of propaganda, myths, fakes, and discredit. Since 2013, when the Russian Federation started the war and occupied the territories of Donbas in Ukraine, Grigoriev’s organisation has been publishing propagandistic reports, books, and other documents, to discredit the Armed Forces and the Security Service of Ukraine. The goal is to persuade the Ukrainian citizens of the occupied Donbas that Ukraine kills and tortures civilians, whereas Russia is a rescuer.

The report includes the testimonials of so-called witnesses. Among the rest anti-Ukrainian publications there are the following:

2014 – The report “War crimes of the armed forces and security forces of Ukraine: torture and inhumane treatment of the inhabitants of Donbass”

2015 – The report “War crimes of the armed forces and security forces of Ukraine: torture and inhumane treatment of the inhabitants of Donbass” (second report)

All publications except for “EuroMaidan” and “Crimea: The Story of Return” are available in two languages: Russian and English, which makes them even more dangerous e.g. the last book, written by the leader of the organisation Maksim Grigoriev, contains 426 pages of the Russian propaganda describing Ukraine as “ordinary fascism”. This stereotype has been created and supported since 2013 by the Russian Federation as well as widely spread in Russian mass media for Russian audience and residents of the occupied Donbas.

In the next articles, the books of “The Foundation for the Study of Democracy” will be analysed in detail. We start with the source of the basic concepts of Russian propaganda against Ukraine. The book is only available in Russian but don’t worry: it’s impossible to read it that’s why we did it for you.

“EuroMaidan” Book: The Source of “Banderivtsi” and “Ukrainian Fascists”

It's a wonderful ability of the Russian propaganda to create something out of nothing e.g. write a 477-pages book about Euromaidan without attending it. That’s how the book “EuroMaidan” appeared in this world. The letters on the cover are coloured as the flag of the USA and EU to unobtrusively remind that everything in the world is financed by those countries.

In the book “EuroMaidan” (it should be written “Euromaidan” for starts), the author used new definitions to describe Euromaidan: “militants” and “militant activists”. The peaceful protesters were described as “militant activists” with “handmade weapons”: “sticks, clubs, axes” which “have been upgraded by welding iron spikes, pieces of a circular saw to increase the striking effect”. The author also wrote that “militants” robbed the police department for more weapons.

Maksim Grigoriev did not describe the peaceful and friendly atmosphere, where everyone helped each other, where there was “The Open University of Maidan” and students carried Ukrainian flags as the treasure. People came to Maidan in hope for change. Some of them even gave their lives for that hope.

The book cites “witnesses”, using only the names and the position. The articles and fake articles are cited in a chaotic way. They dates are mixed from 2013 to 2014, the author jumps from one thing to another to confuse the readers and mislead them in tracking of the events.

Maksim Grigoriev states that the Ministry of Internal Affairs of Ukraine reported on people who came to Maidan to “earn money”. The truth is that people came voluntarily to protect the democratic system, which Viktor Yanukovych ruined in collaboration with the Russian Federation.

Grigoriev also mentions “murders, attacks and intimidation of the Ukrainian State Authorities”. The pages 79–116 of the book are dedicated to “attacks on public authorities and political parties” as well as “attacks, torture and intimidation of politicians, public figures and journalists”. The dates are chaotic like in the previous chapters.

Moreover, Maksim Grigoriev builds up and develops the obsession around Stepan Bandera as well as creates the term “banderivtsi” and “bandera authorities”. The author also shows his illusions on the connection between Stepan Bandera and Nazi Germany:

On February 21, 2014, the Maidan celebrated its victory. Yurii Lutsenko, Tymoshenko's closest ally, spoke on the Maidan: “Special thanks to Halychyna and Western Ukraine, which was the vanguard of this revolution. Friends, friends! In Halychyna alone, hundreds of thousands of heroes gave their lives in the 1940s, knowing that victory was impossible, they made their bloody sacrifice ... “What exactly are the ‘heroes’? Obviously, it means the followers of Stepan Bandera and Andrii Melnyk.” According to the decision of the Nuremberg Tribunal, they are “accomplices involved in the commission of crimes” of Nazi Germany.

It seems that the author of the book, PhD in Political Sciences, did not know that the Nurenberg Tribunal did not make such decisions and anti-fakes organisations explained to the world that this is just the imagination of the Russian propagandists.

The chapter III of the book “EuroMaidan” is called “Old and New ‘Heroes’ of Maidan”. The word “heroes” is put into quotation marks as the sign of disrespect. Grigoriev is so obsessed with Stepan Bandera that dedicates pp. 117–156 to the delusional interpretation of his biography. In one row with Bandera’s biography, the biographies of Oleksandr Turchynov, Vitalii Klychko, Andrii Parubiy, etc. are  included, too.

Maksim Grigoriev does not have a mercy on anyone, including John MacCain who supported Euromaidan and its peaceful protesters. The author of the book claims that John McCain threatened the Ukrainian authorities with the sanctions in case of not signing the association agreement with the EU. Grigoriev refers to the source [547] which is the news of the Crimea, controled by Russia. This news does not exist: http://sevnews.info/rus/view-news/Amerikancy-ozadacheny-vozmozhnym-provalom-svoih-geopoliticheskihplanov-i-grozyat-vvedeniem-sankcij-protiv-Ukrainy/12804

Here is the real speech of senator’s McCain Euromaidan Speech.

The book does not tell the real story of The Heavenly Hundred Heroes but mentions “renaming” the street from Instytutska to The Heavenly Hundred Heroes. Grigoriev sites Ukrainian mass media, but even here he could not get the right number: following the link you will find the list of 65 people killed. In the book “EuroMaidan” under this reference there is a number 75. The killed peaceful protesters were described as terrorists who tried to kill poor policemen and special police forces “Berkut”. Maksim Grigoriev does not mention how Ukraine suffered and grieved when Ukrainian authorities ordered to stop protests by force and weapons.

The book “EuroMaidan” is clearly the foundation of the anti-Ukrainian propaganda basic terms. Everything Olga Skabeeva has been telling on the TV channel “Russia 1” for years is taken from the “manual”. The distortion of the history is the classic technology of Putin’s regime. Don’t be surprised when you hear that Vladimir Lenin founded Ukraine. You studied the correct history but in the Russian Federation they have created their own to justify war crimes and terror. This is the strategy of the enemy: make everyone guilty, make Russia a savior. The bright example is Maksim Grigoriev's book on justification Russia's actions in Syria. But that's another story... 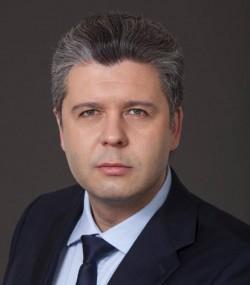 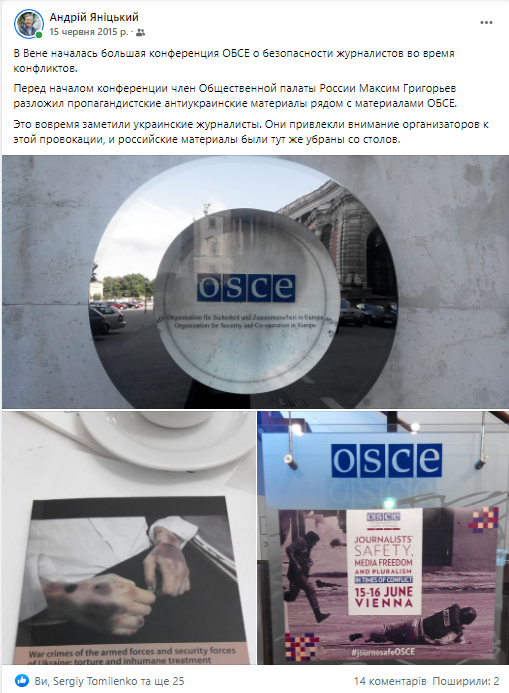 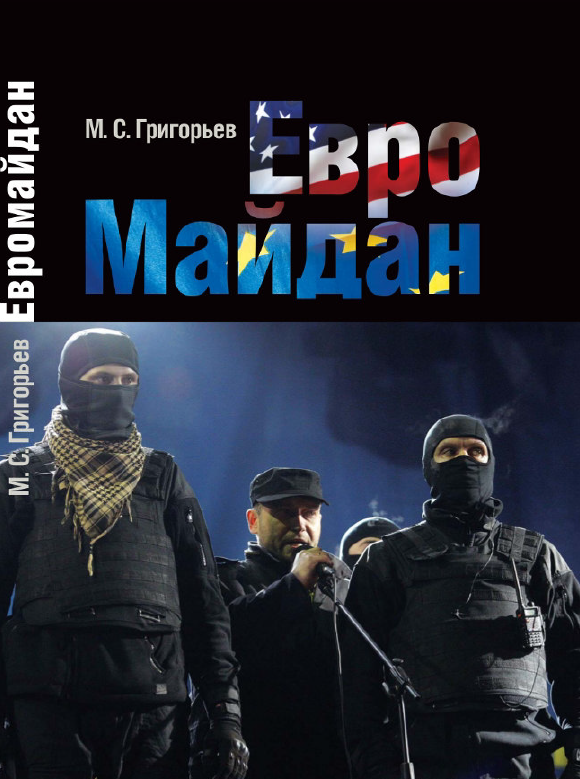 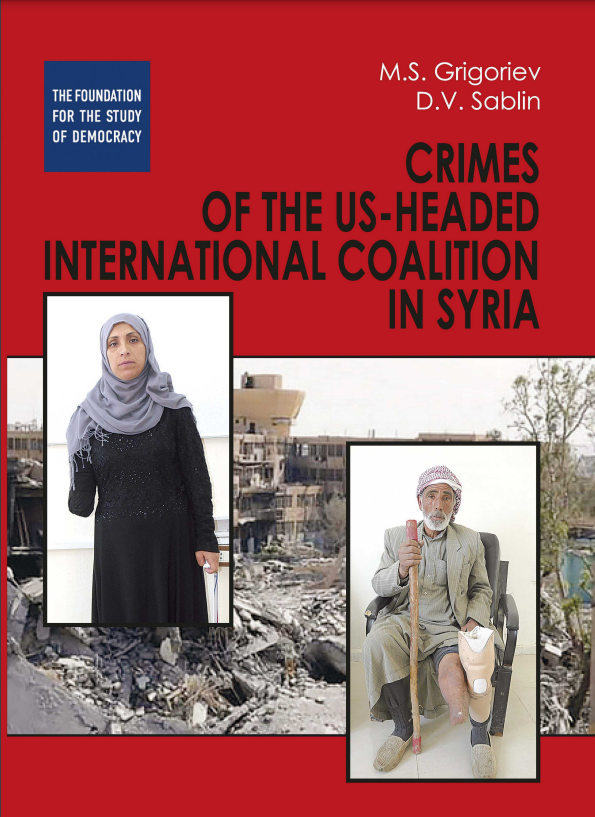 “Crimes of the US-Headed International Coalition in Syria” book cover 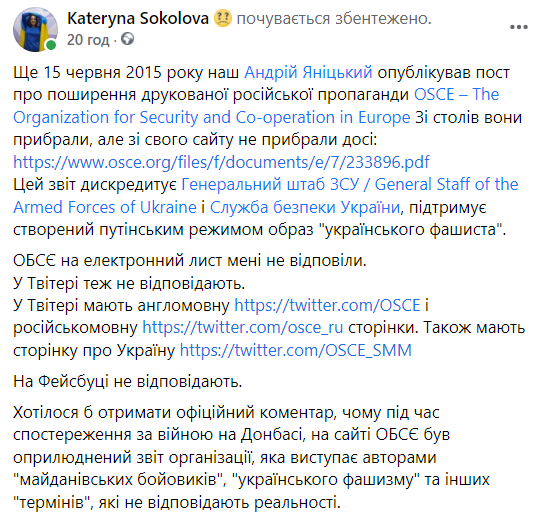 Public request to OSCE to comment on the situation

Spinelli, me and my honeymoon

Visions for the future of Europe: Ervin Laszlo

Thank you for your service to the UK, the international community and to Europe - RIP #QueenElizabeth https://t.co/0VCu0Na4Gt

RT @NewEuropeans: We are delighted to support #Natalonga2022 - the swim marathon for Europe organised by our partner organisation… https://t.co/yQNCb5oobI

We are delighted to support #Natalonga2022 - the swim marathon for Europe organised by our partner organisation… https://t.co/yQNCb5oobI